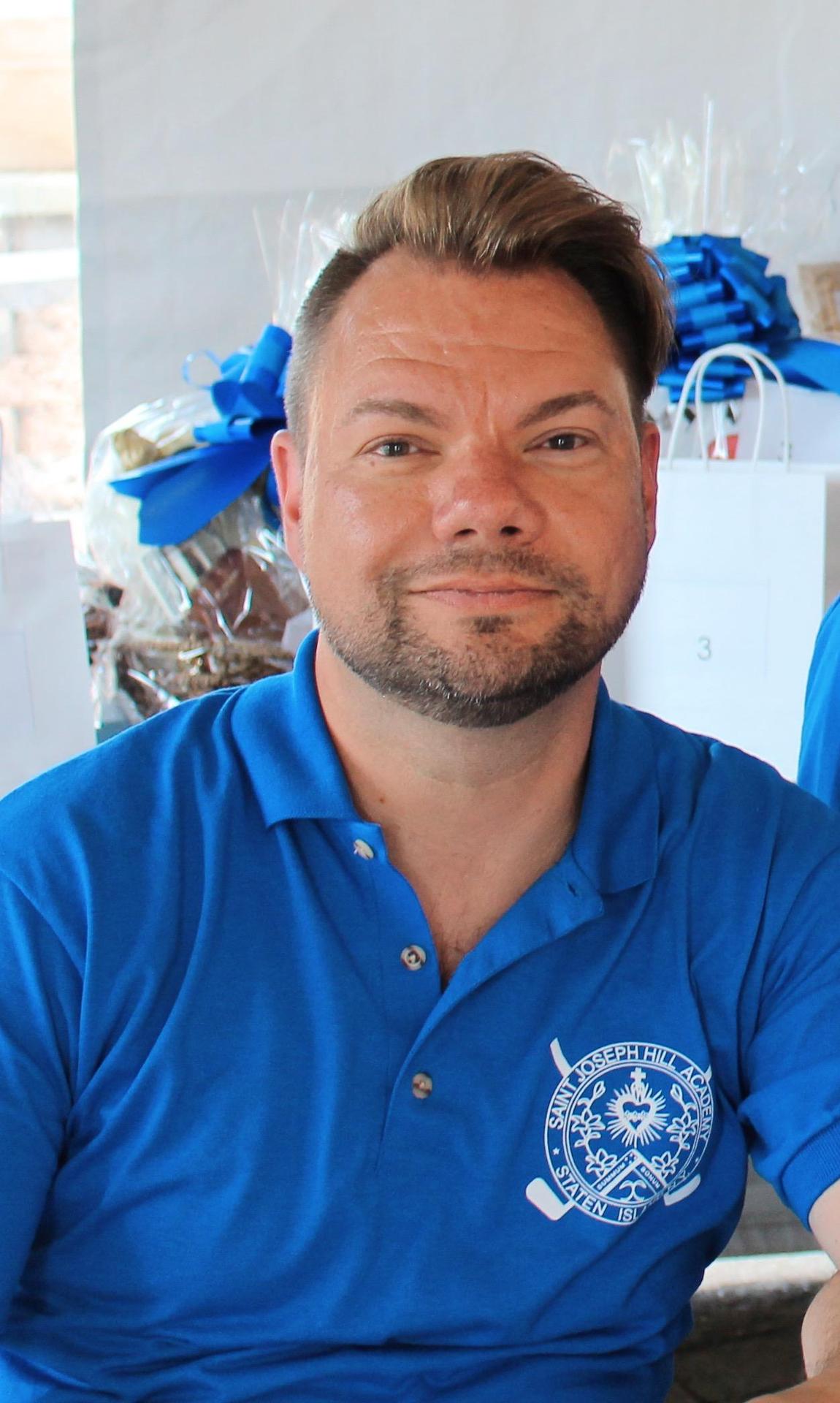 After obtaining his Bachelor’s degree in English Literature, Mr. Lawrence Hansen began his teaching career in 2000, when he joined St. Clare Elementary School in Great Kills as the 7th Grade English Language Arts (ELA), Religion and Homeroom teacher. Though Mr. Hansen had no classroom experience, the school's then-principal, Sr. Rosemary Ward gave him the opportunity. He is forever grateful for her willingness to take a chance and give Mr. Hansen his first teaching position, which would set him on a two decade path in Catholic education.

Mr. Hansen fell in love with middle school, and his goal to bring literature and writing to life in his classroom became his passion. In addition to teaching ELA, Mr. Hansen briefly taught 8th grade Social Studies, public speaking, writer’s technology workshops, and History in Literature. His role as the supervisor of the lunchroom for 1st to 8th Grade, for 15 years afforded him the opportunity to get to know all of the students in the lower grades as well. In 2003, Mr. Hansen was appointed Director of After School Program - another role he loved. As Director, Mr. Hansen collaborated with colleagues to create a variety of academic enrichment programs, as well as programs in the arts. Much like his time spent in the lunchroom, he grew to know the students in Pre-K through 8th Grade, and foster positive working relationships with parents and colleagues.

In 2007, Mr. Hansen became the 8th Grade ELA and Religion and homeroom teacher at St. Clare Elementary School, a position he held until June of 2017. As a parishioner, he served as a Eucharistic minister, and he served a three year term on parish counsel and two years as the Chair of the Educational Advisory Committee. Each of these many “hats” allowed Mr. Hansen to see the various facets of relationship building with a school and parish community. Working alongside like - minded people who share a similar vision was a wonderful opportunity.


In 2015, St. Clare Elementary School's then-principal, Mrs. Jo Rossicone, nominated Mr. Hansen for the Curran Principal’s Academy. After a rigorous nomination process along with 50 plus nominees, he was accepted into a cohort of 11 prospective Principal Leadership candidates. He applied for admission to Fordham University's Graduate School of Education in pursuit of his Degree in School Building Leadership. As a Curran fellow, Mr. Hansen worked with a cohort of principals from across the Archdiocese of New York on various research and development projects and participated in professional development courses and workshops, all while working towards his Master’s at Fordham University. Teaching full-time and the rigors of the Curran Program and Fordham was exhausting, but luckily, Mr. Hansen had a very strong support system in the form of family, colleagues and students, who encouraged him to push himself further. His students loved hearing about his crazy commute on the ferry and train to the Lincoln Center campus.

In late May of 2017, Mr. Hansen was approached by the Board of Directors of St. Joseph Hill Academy to interview for the position of Elementary School principal. After several interviews and meetings, he accepted the position just a few days before his graduation from Fordham. Mr. Hansen had enjoyed a long tenure as teacher and was sad to leave behind the job he loved for nearly two decades, but he was enamored by the rigorous academic reputation of St. Joseph Hill Academy, and was confident that all he learned in his years as a teacher and educator had prepared him well for this challenge. Mr. Hansen was welcomed lovingly into this school community, and he has found a home here at Hill. As the first male principal in the school's 100 plus year history, Mr. Hansen join a distinguished group of strong academic and spiritual leaders, and that is quite a legacy to uphold.